John Tong is the Managing Director of King Bee Ltd, a company focused on developing Mainland China for branded consumer products. King Bee is the Mainland China toy and licensing division of Wong Hau Plastic Works & Trading, a 67-year-old trading company. He is the Honorary Chairman of the Hong Kong Toy Council and the Vice President of the Toy Manufacturers of HK. Additionally, he is involved in the Federation of the HK Industry, International Council of Toy Industry, HK Trade and Development Council, HK government Council of Testing and the HK University of Science & Technology’s toy design competition.

Richard:    Describe King Bee for us and how it represents international brands in China?

John:    King Bee was one of the pioneers at partnering with international top tier brands such as the Minions and Peppa Pig, and manufacturing and distributing their toys in the Mainland Chinese market.  We have worked with retailers like Toys R Us, Wal-Mart and Hamley to build these toy ranges into meaningful statements, as well as produce relevant marketing campaigns and reach consumers with online and offline strategies as well.

Richard:    What is the current state of the Chinese domestic market for international brands vs. Chinese brands?

John:    The Chinese look at English language international brands as an educational opportunity for them to teach their kids english while entertaining them.  Foreign brands are usually viewed upon as high quality brands however they are not as well known.  Domestic brands such as Boonie Bears and GG Bond are still very popular as they are on the popular media however they are not viewed with the same regard as a foreign brands.

Richard:    How popular are international movie tie-ins in China and can you give us some recent successes?

John:    King Bee has had the opportunity to work on Transformers and the Minions movies in China and while there’s a lot of attention during the movie launch, the window to sell consumer products is quite short similar to the Western countries.  I think while there’s a limit of foreign releases in the Chinese market, the audience to go to these movies are record breaking.

Richard:    What is the most common misconception non-Chinese toy industry people make about the Chinese consumer market?

John:    Since there are 1.4B people in China,  there is a huge opportunity as soon as you do business here.  However there are some challenges with testing laws and regulations, differences in tastes and preferences of the marketplace, and the problem with counterfeits. There’s a huge challenge on competitive pricing because many factories sell direct to retailers in China.

Richard:    What are some of the popular toys, movies and television shows in China with which non-Chinese would not be familiar?  Are there any major break out successes?

John:    Peppa Pig was a brand that started with no awareness in the market but after the first year, it started to gain more momentum and is now one of the most popular foreign kids shows in China.  It did take about 2 years to reach the peak of it’s awareness, however.

Richard:    What are western toys that do and do not translate well into the Chinese market?

John:    In our opinion, boy brands vs. girl brands are more popular and appealing as there are more little boys growing up in China than little girls.  We thought girls dress up and role play would be a huge category since it does well in the West but it does not fair as well in China.

Richard:    Do you have any toys on your desk? If so, what are they?

John: I have Teenage Mutant Ninja Turtle and an Etch a Sketch.   Both are my favorite toys growing up.  However, the TMNT brand is not yet popular in China. 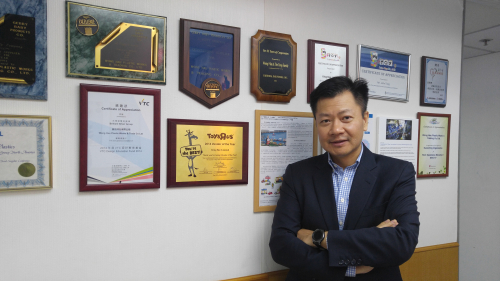 UL and the UL logo are trademarks of UL LLC © 2019 All Rights Reserved.